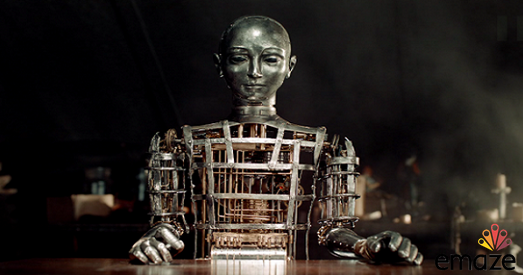 13 facts that make you Re-think the World Around You

Have you ever read a simple sentence in a book, or an article that really made you think? In all of the content we’re reading these days it takes a super special statement to make us stop and really think. These are the statements I’ve found recently that have really made me stop and think ‘woah’ this world we’re living in is pretty awesome!

1. Common sense is one of the most dangerous ways of thinking.

While many of us think common sense is a great heuristic or shortcut to help us get through our daily lives, when you stop and think about it, it can actually be quite the contrary. Often times common sense seems right to us because we can’t imagine any other plausible solutions to the problem, this in turn makes us very closed-minded and prevents us from thinking outside the box. The speed of technology is increasing at a speed that is still unknown to us. Everyday new innovations are being adapted into society. With such a fast pace of innovation it’s impossible to predict what the world will look like 10-15 years from now. The things that will have the largest impact probably haven’t even been thought up or invented yet.

3.  We stopped using BRB because we don’t leave our devices anymore

Think about it when was the last time you or someone you were chatting with said BRB. Out are the days of AIM where we had to sign off the computer before going to sleep or put up an away message while going to the bathroom. And in are the days of constant mobile attachment where our device never leaves our side.

There are people alive today that have never even heard of a floppy disk better yet know what one looks like. Yet, these people are interacting with the floppy disk metaphor on their PCs to save things probably on a daily basis. What other desktop metaphors will the next generations soon wonder about?

With an increasing number of marriages being put together by online dating services, you can technically say there was a computer algorithm behind bringing this couple together. It makes you think, what else are these algorithms capable of? 6. Chances are you’ve walked past someone in public that you’re friends with online without noticing

We all have those friends online that are a friend of a friend, or an awkward acquaintance, chances are out of your 1000s of friends you’ve walked by a few of them in real life without noticing. Does this make you re-think who should be your friends on Facebook?

7. Social media has turned friend into a verb and like into a noun

“I friended him last night because I didn’t get enough likes on my new profile picture.”

8. Elephants can die from broken hearts

Elephants are actually highly emotional creatures. They’ve found that elephants form such close bonds with one another that they really do grieve the losses of their loved ones such as a mother or a child. In such extreme cases baby elephants have even been found to die after the loss of their mother. 9. You’re more likely to be killed by an asteroid than win the lottery

According to Prof. Stephen A. Nelson of Tulane University, you stand a 1 in 250,000 chance (lower limit: 1 in 3,000) of being killed by an asteroid or comet. How good are your changes looking now?

10. The moon gets 1.5 inches further from earth every year

As the Earth’s rotation slows down, our whole planet may start to slowly wobble and this will have a devastating effect on our seasons. The speed at which the Moon is moving away from Earth could affect life on the planet, but this could take billions of years to happen. 11. Everyday about 3,900 children will pick up smoking

Fortunately, fewer kids are starting to smoke everyday than a few years ago. But this is still a frightening statistic for the future and for children who find it difficult to think about how their actions now may affect them in the future.

12. If Facebook were a country it would be the third largest in the world

With more than 400 million active users, there are more people using Facebook than those living in the United States alone. The only countries with larger populations than ‘Facebook’ are China and India. 13. Every 2 minutes we take more photos than all of humanity took in the 1800s

It’s estimated that this year alone humans will take over 900 billion photos. In fact, 10% of all of the photos ever taken were taken in the last 12 months.