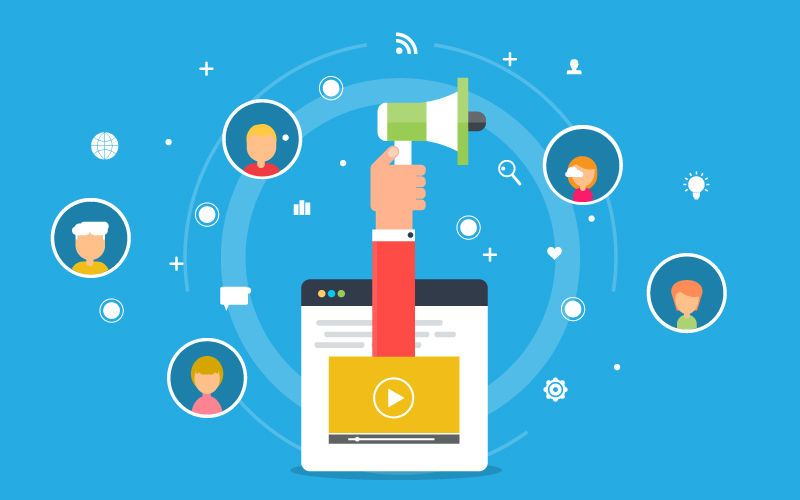 Raise your hand if your brand is having trouble getting eyeballs on your content when using the influencer marketing! Believe it or not, most brands could use some sprucing up in this department.

More content is currently being created than ever before, by companies of every size. As you’ve seen in our latest post about influencers, they are individuals who produce content that has the ability to impact the behavior of their “followers.” Brands are using influencers as a way to distribute their content because most of the time company-led distribution mechanisms are expensive and ineffective.

Social media influencers have a lot of power. More importantly, their followers trust them more than they trust a brand directly. Influencers who share messages with friends, fans, and followers, will in fact, carry more weight in that message, than if the company expressed the exact same thing.

Nowadays it’s common for top influencers to earn an average of $6,000 for each social media post, in addition to perks such as free travel around the world, invitations to the best events, and luxury gifts. However, the market is changing, and the industry insiders debate heavily before hiring influencer for campaigns. Previously, we’ve explained the 4 types of influencers – mega, macro, micro, and the newly formed category, nano influencers. Mega influencers are top social celebrities, boasting millions of followers, while micro influencers are those will have less than 25,000.

Today, owning millions of followers is no longer as unique, with the number of brands who can afford to offer long-term collaborations with these influencers is declining. What if companies refuse to pay for influencer collaboration? What happens when the influencer outgrows the brands they used to support?

Breaking Through the Marketing Influencer Noise

Whether you are creating brand content on social networks, marketing business events, or even promoting campaigns, you’re battling many for the same space. In today’s market, social media noise is a serious problem, destroying brands reach on these powerful marketing channels, with audiences constantly being disrupted.

This also has to do with social network algorithms. There are some things that block users to receive content from a certain brand, like if they consider ghost followers – someone who follows the page but does not interact – won’t receive content, even though it is sponsored.

Let’s Make Sure Influencer Marketing is Here to Stay

Companies are becoming savvier when running campaigns with influencers. At the beginning they allowed influencers to post whatever they wanted, as long as they mentioned the brand. They have realized now that this is not terribly effective. Influencers have been known to delete branded posts at days end or post a competitors message the very next day. This weakens the effectiveness of previous campaigns.

Most of the time, engagement levels are also not enough. If someone has 1 million followers and only gets 6,000 likes on a picture, that’s not a very compelling result, and brands won’t really see it as a success. They understand in terms of how they are spending their budget, and what is the return on their investment (ROI).

When mega influencers promote branded campaigns on social networks, it is not always received well, since mega influencers do not have a close relationship with their followers. They are followed for their celebrity status, or interesting content, but it is a star-fan relationship at most. Users also understand the difference between when influencers are posting real content, as opposed to ‘advertisement’ posts. The more advertisements that an influencer posts, the less real they become, affecting their engagement and impact.

Influence strategy allows for the 3rd party credibility of PR, the necessary positioning of conventional ads, and the unmatched potency of good old fashioned word-of-mouth. At the same time, brands get close to real information, such as customer opinion, and still retain some creative control over the message. Influence marketing is not a trend but it contains challenges that can be easily overlooked and difficult to adopt.

Brands recognize that their fans and followers admire them, their products, services, and branding.  On social networks, users enjoy posting and sharing their opinions and love for their favorite brands in a variety of ways. Each will do so in a way that represents their relationships with a brand.  Companies can instantly reach their target influencers and get them to start boosting their brand.

We’ve figured out a way to bring brand unlimited creative capabilities, data ownership, new advertising and communication channels, and access to valuable digital real estate and new distribution channels. Automaze is our AI tool that automatically generates, professionally designed custom websites. But how brands can expand their advertising strategy with Emaze Influencer Marketing solutions? Choose from thousands of social influencers by finding the ones who have the target that audience the brand, and turn them into ambassadors. But how? Gifting influencers’ fans a professionally made website for free.

And why brands should use this? Brands with segments or any existing loyal fan base (luxury brands, entertainment, sports teams) can utilize direct advertising channels between them and their consumers, build meaningful relationships with their fans, access key data, and analytics on their followers and last but not least, brands will gain valuable digital real estate for advertising and marketing. Influencers would now have their own place on the internet that is the home for all of their social media feeds and other content. Their own friends and fans can follow them there to see their latest posts… and while they’re at it, also notice the branding or distribution channel put there by the brand who gifted them the template.

Explore more about the influencer marketing solution Emaze offers. Send us an email at sales@emaze.com.